On a recent visit to my sister in Johannesburg we took a drive out to Pretoria for the day. On our list to visit was coffee shops (of course), charity shops and a historical place of interest. We had visited the Voortrekker Monument a few years ago so we needed to look for somewhere else to visit. After quite a few Google sessions we decided to visit Fort Klapperkop which is situated in Groenkloof Pretoria (not far from Centurion).

Fort Klapperkop is one of the four forts built by the government of the South African Republic (ZAR) just before the outbreak of the Second Anglo-Boer War around their capital of Pretoria. Fort Klapperkop was the third fort erected and it has been restored with historical accuracy and arranged as a museum with permanent exhibitions of Anglo-Boer War objects and furniture.

Tuesday – Sunday from 10am to 5pm. Closed on Mondays and public holidays

Guided tours are available by booking. Contact for prices.

History (Thanks to Wikipedia )

After the abortive Jameson Raid, the government of the ZAR became concerned about the safety of its capital city, Pretoria, both from foreign invasion as well as from the growing number of Uitlanders (Foreigners) on the Witwatersrand. Consequently, a defence plan for Pretoria was drawn up by a former French artillery officer, Leon Grunberg. This plan was approved on 24 March 1896 by the Executive Council of the ZAR.

The plan recommended that eight strategic positions around the city should be fortified by means of armoured turrets equipped with artillery. The positions identified were Schanskop, Kwaggaspoort, Daspoortrand, Magaliesberg-wes, Wonderboompoort, Derdepoort, Strubenkop and Klapperkop. The armoured turrets were subsequently found to be unacceptable, and thus the plan of two German engineers, Otto Albert Adolph von Dewitz and Heinrich C Werner to build forts instead, were accepted. However, due to a lack of money, only four forts were eventually built.

The three forts are pentagonal reinforced, with more fire range possibilities through numerous facets. Attacks from any direction could be warded off by revolving guns on their ramparts. To prevent infantry attacks, loopholes were built into the walls. Trenches, barbed-wire entanglements and fortified rooms were erected as reinforcements. 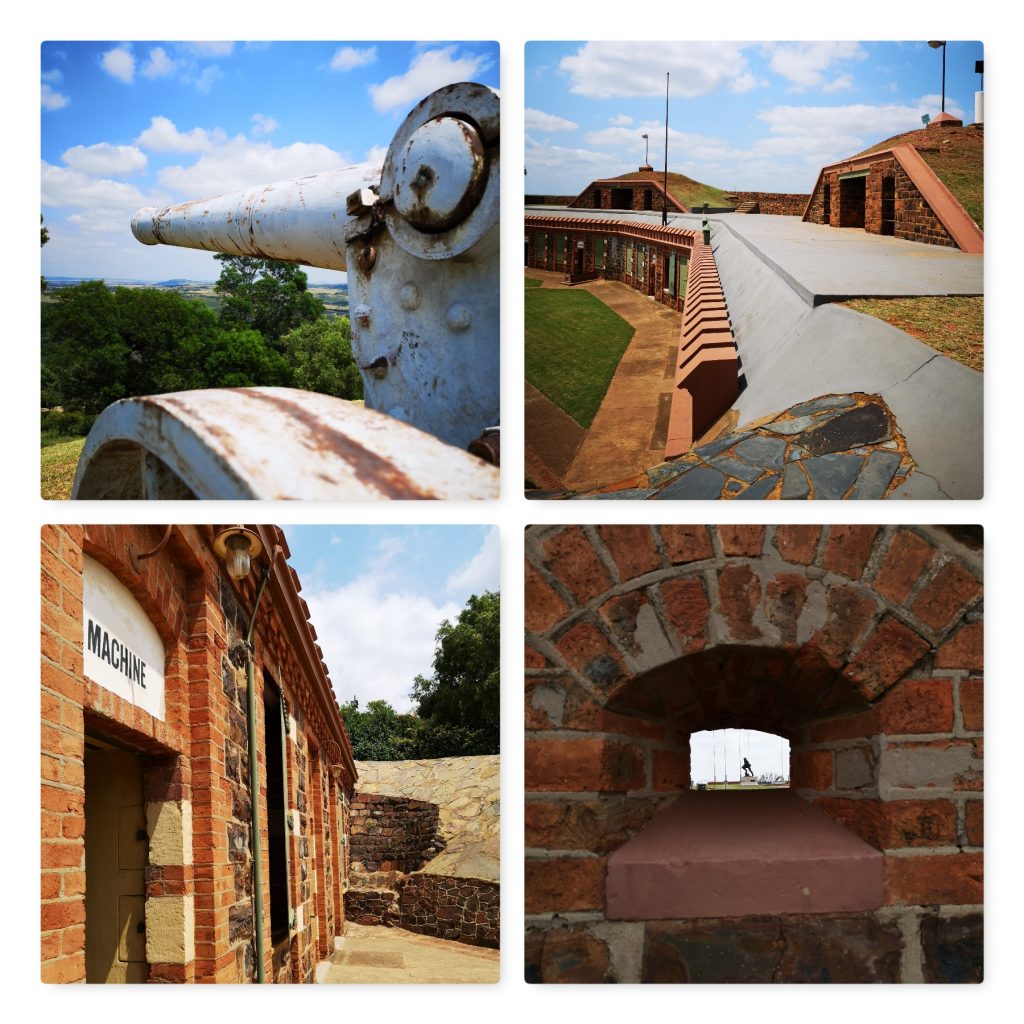 These forts were the most modern structures of their time and modern mediums of communication, such as telephones, were used to equip the telegraph room.

Many black labourers and about 400 white builders, mostly Italians*(I wonder if anyone has written a book about the buildings and stonework built by the Italians and the Italian prisoners of war. There are many such walls and buildings in the Upper Highway area eg. Kloof), were involved in the building of these forts. To address technical aspects such as the electrical connections between forts, German and Dutch experts were consulted.

Klapperkop, the name of the hill where the fort is located is derived from the Afrikaans name for Strychnos pungens, a tree that grow natively on the hills in the region.

This fort was constructed at a total cost of GBP £50,000. It was handed over to the Government on 18 January 1898. It was supplied with a paraffin engine powered generator for electricity, a telephone and telegraphic links. Running water was supplied from a pump station in the Fountains Valley which was shared with the nearby Fort Schanskop.

Unlike the other forts in the surrounding area, the design incorporated a moat as well as a drawbridge. The moat was never filled with water. 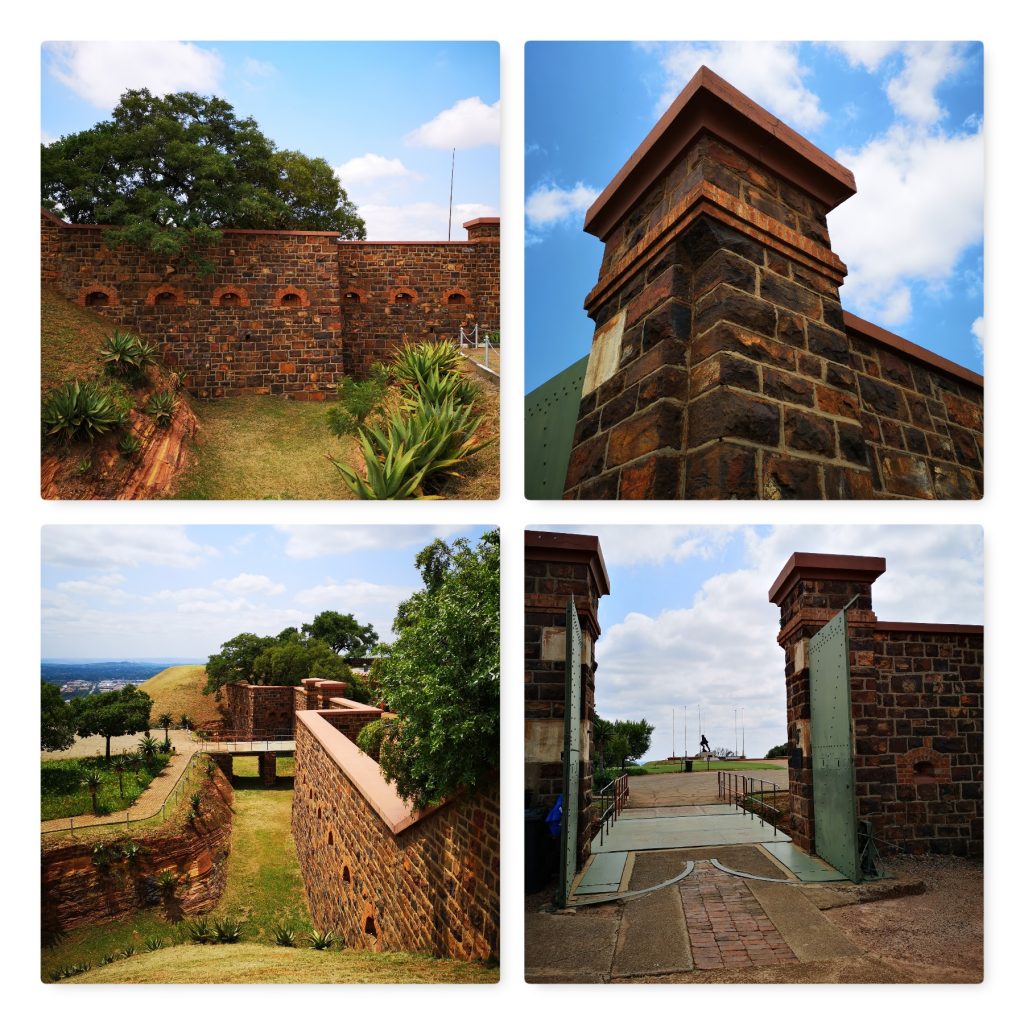 In January 1899 the fort was manned by 17 troops. In July 1899 the number of troops was increased to 30. By end October 1899, only 16 troops were still stationed at Fort Klapperkop. As with the other forts, men and armament were gradually withdrawn and sent elsewhere during the course of the war.

It is said: “Never a shot in anger was fired from this fort.”

The area is declared a military museum. On 31 May 1979 the South African Defence Force Memorial was unveiled at Fort Klapperkop. It includes a statue of a soldier holding a R1 rifle, in memory of all members of the South African Defence Force who lost their lives serving their country. The individuals who have lost their lives are honoured with an inscription on a number of marble plaques mounted around the statue. Members who have died in operations as a result of enemy action are indicated with an asterix (*) next to their names. 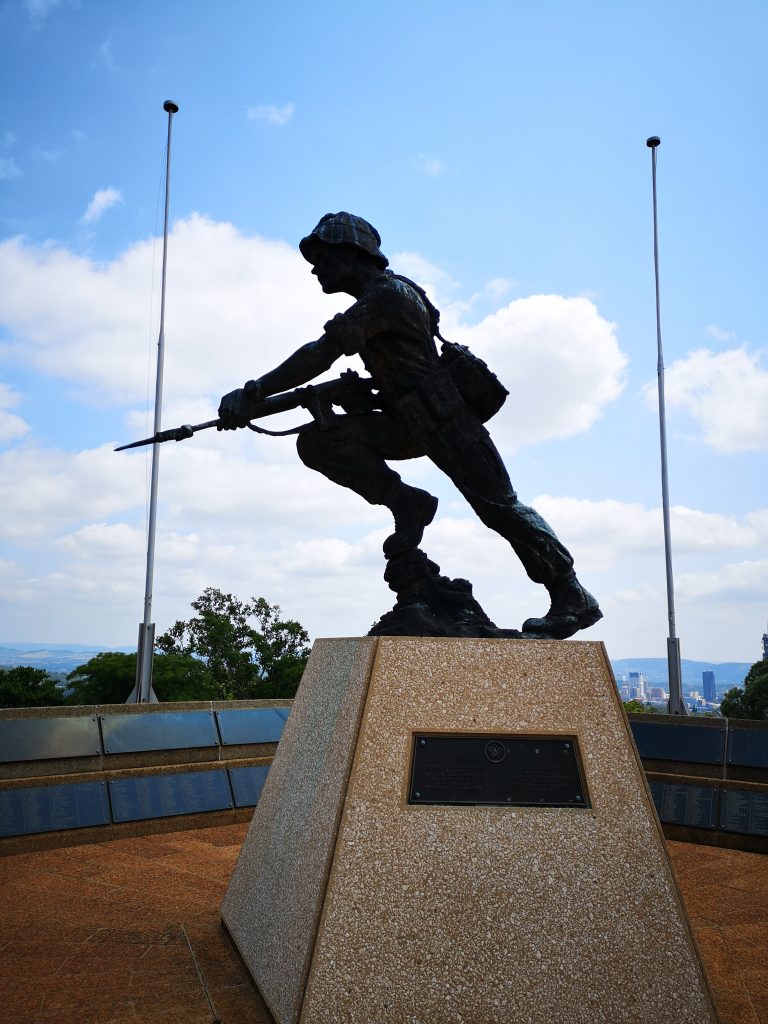 The forts around Pretoria were systematically disarmed long before the British forces occupied Pretoria, as both men and artillery were needed in the field.

Both Fort Klapperkop and Fort Schanskop were fired upon on 3 June 1900 by British artillery, but the fire wasn’t returned and Pretoria was occupied without resistance on 5 June 1900. The forts thus never fulfilled their intended role in the defence of Pretoria. The British forces subsequently armed and manned the forts. Other smaller fortifications were also erected by them to strengthen Pretoria’s defences.

The forts after the war

Initially there were plans to convert Fort Wonderboompoort and Fort Daspoortrand into prisons but these were never carried out. The roofs of both forts were later demolished; it was speculated that General Jan Smuts gave the orders for this during World War II, but this has never been proven.

The ownership of Fort Wonderboompoort was transferred to the City Council of Pretoria in 1954. In 1986 it was cleaned up and partially restored; it was declared a provincial heritage site the following year. A request to declare Fort Daspoortrand a heritage site as well was submitted in 1988. Fort Daspoortrand turned into a Leper Colony and was eventually abandoned and currently stands ruined on the outskirts of Pretoria. 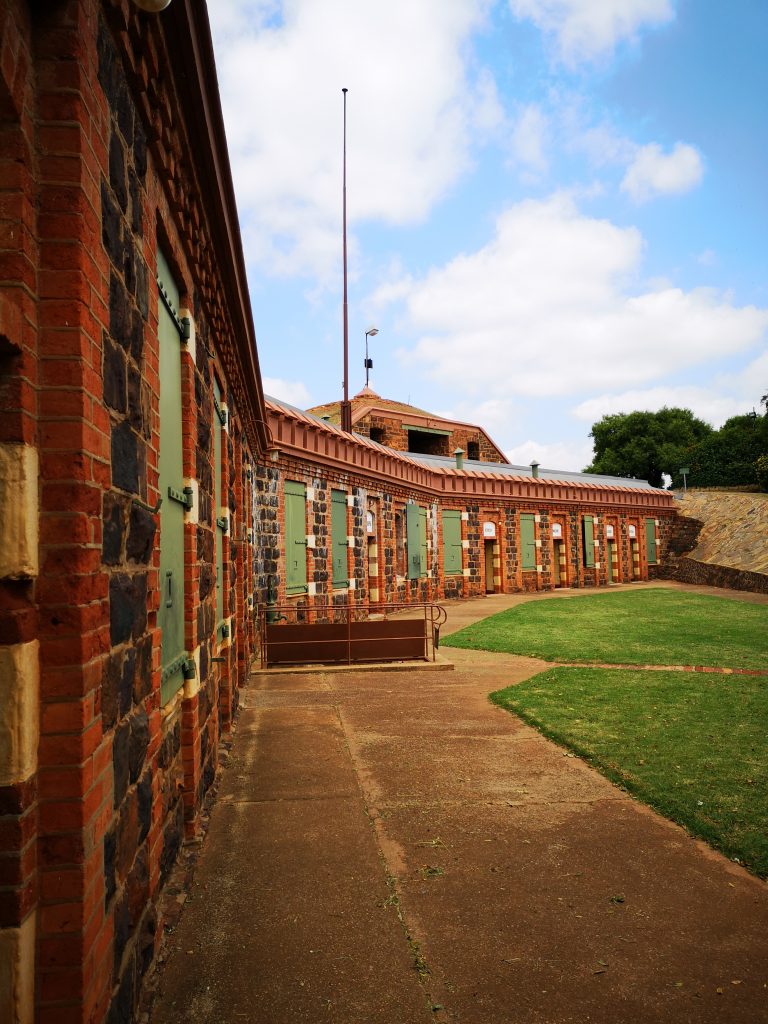 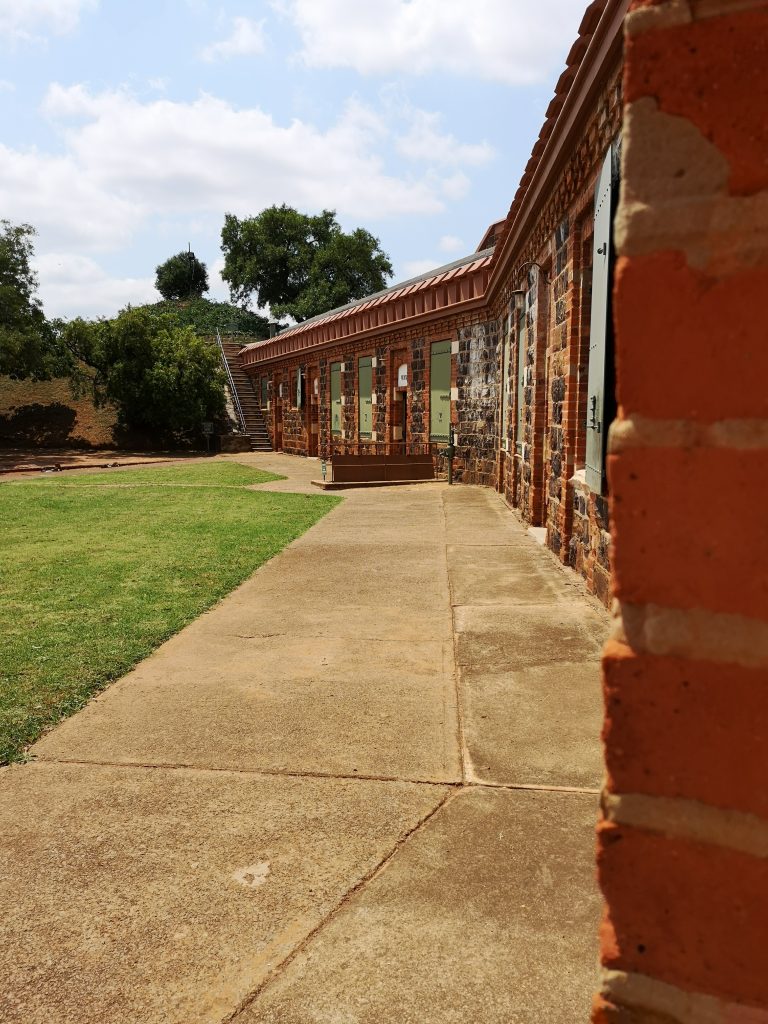