Skip to content
My daughter swam the Midmar Mile last year and I watched ladies of all shapes, sizes and ages emerge from the tent.  I decided that I could do it too.  Thinking back now, that was a rather impressive decision.
To make sure I followed through with the momentus decision, I told people what I planned to do and wrote about it.  No backing out!!

The first trial was swimming the 500m fun race at the Capital K so I could see and feel Midmar Dam.  What an eye opener that was!  I battled to get to the first buoy but finished that swim.  I since discovered while I was training for Midmar that I need at least 200m to warm up, so that is why I battled at Capital K.

For training my hubby took me to Westville pool as he wanted to make certain I could make the distance.  The pool is a wonderful 50m so is a real test.  I swam the distance one Sunday morning with a few breaks and then the next weekend I swam it non-stop.  So I had confirmed to hubby and especially myself that I could do it.

Laura and I swam Race 5 at 8:30am Sunday morning.  It was the very first race of the day.  The race was for women over 31 and girls 13 and under.  I wore a white cap that signified a first time swimmer and Laura wore a green for second.  The swimmers are released in batches starting with the orange caps, then blue, then green and lastly white.  Laura stayed back to swim with her dear mother.

We lined up in the water at the start and a man blew and air horn.  Laura and I slowly put on our goggles and entered the water fully.  We started off very slowly as there were many swimmers in the water and we didn’t want to get hurt.

I focussed on the first buoy and swam to that.  I did that throughout the swim as those buoys were my goals.  We swam and swam and swam.  I swam breastroke practically the whole way with just a few strokes of freestyle every now and then.  The problem with freestyle is, is that you can easily go off course.  No lanes in the dam!  Eventually the finish was in view.

My legs were a bit weak so I held onto Laura’s shoulder as we walked out.  The finish is crowded with swimmers exiting and photographers snapping pictures of the swimmers.  We had to go through our age group lanes and hand over our barcode tag and our timing device.  Then we get given our medals and aQuelle water.  Neil had my cellphone with him and not long after we finished an sms was sent telling us our times.  We both finished in 54:07. 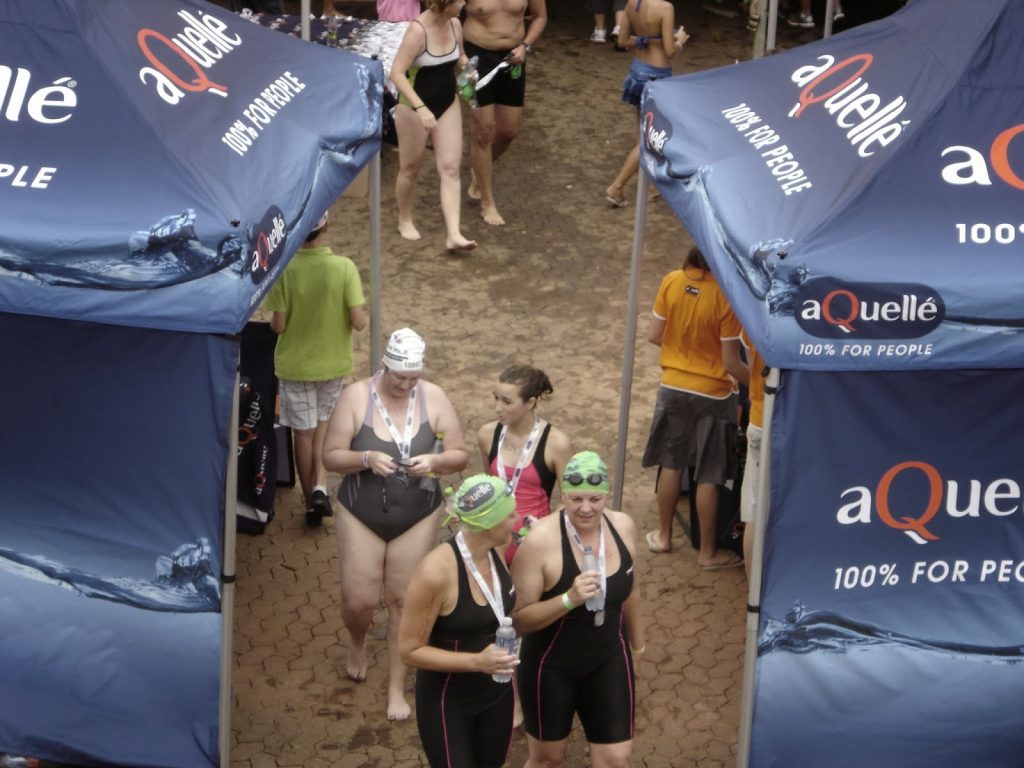 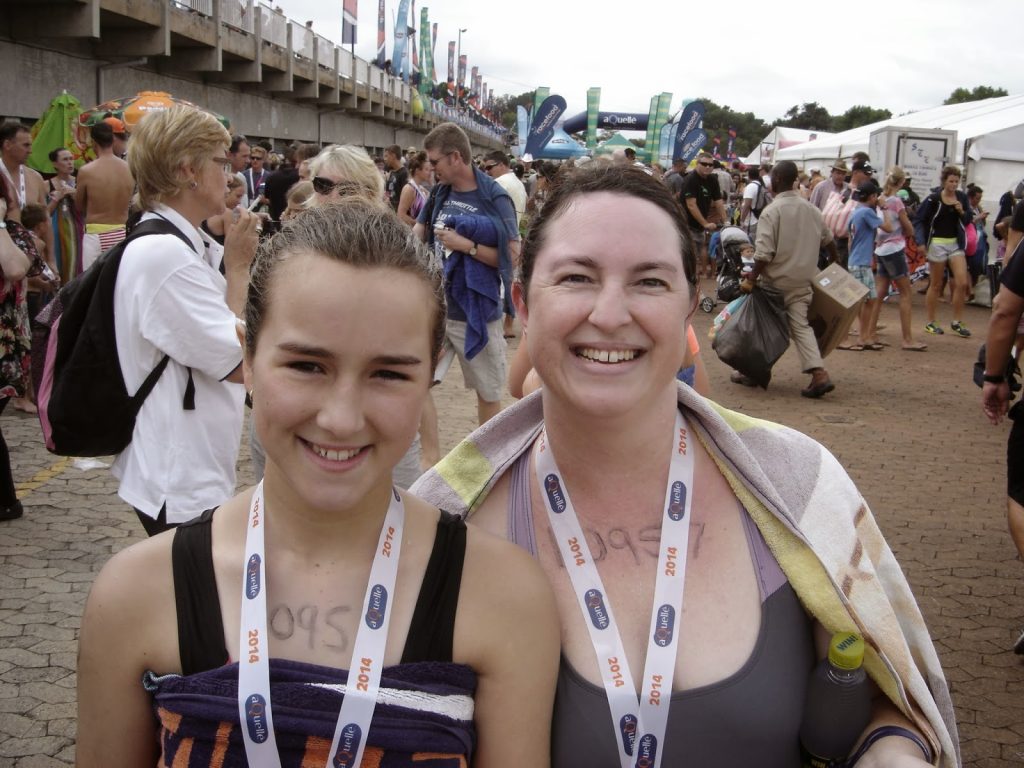 I am so thrilled that I swam this race.  It wasn’t as hard as I thought it would be.  But certainly would have been extremely hard if I had not trained.  What an experience.
﻿